Choose your Subscription Type
Subscriptions to Clinical & Refractive Optometry (CRO)
are available as Basic or Premium
Select Plan
BASIC
FREE
Select Plan
PREMIUM
$289 Annual Subscription
Thank you!
USER NAME, we sent you an email
with instructions to complete the
sign-up process. Please check your
email and follow the link.
Success, your account has been created!
MY FAVORITES 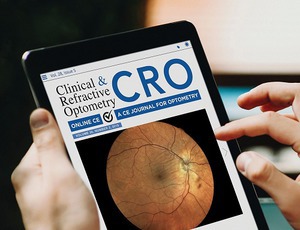 An Examination of the Race Factor in Clinical Practice 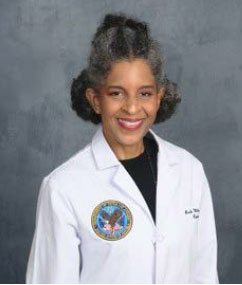 During my years of civilian and military practice, I have had the great fortune to care for
diverse populations in a range of geographic locations. I have watched the twenty-first
century catalyze a medical technology boom that propelled our diagnostic certainty to
new levels. And while the technological aspects of health care continuously advance our
practice, some ideas have been slower to evolve. Specifically, the idea that put race in the realm of a biological risk factor for disease. The dissemination of information on the perils of using race in isolation have lagged behind the scientific data, and academic institutions are exploring what the Human Genome Project1 revealed about race to implement reforms. In today’s scientific arena, the associations between race and pathology are being challenged to mitigate the effects these generalizations have on clinical outcomes2, and I have incorporated the principles that negate race as a biological consideration into my practice.

It is known that racial categories are social constructions defined by region specific
cultural and historical ideas rather than inherent biological characteristics3. Further, the
risk of generalizing race-disease associations has a history of facilitating harms that delay diagnoses and cause medical errors3,4. An illustration of race’s incongruity with medicine is in the misrepresentation of geographic origin when only skin phenotype is considered, which may also ignore multifactorial social and structural determinants of disease2. The consideration that genetic differences are far higher within populations grouped by race than between racial groups5 is an indication that generalizing about disease prevalence by race is dangerous. Since 2003 when the Human Genome Project sequenced the first near complete human genome, it discovered a lack of scientific or genetic basis of race6. To that end, new ideas are being infused into clinical thinking yet, because race has been insidiously embedded into clinical practice2 there are still no clear guidelines.7

In a paper that studied multiple subjects with a common disease process, I omitted race
references to show that race is not a proxy for pathophysiology. Instead my evaluation
used only true biological descriptors. Race is often seen as a shortcut in medical decision
making7 so allowing the structural, physiological, ancestral, and cultural factors to stand
on their merits without race as a detractor made a more solid case for my diagnostic
conclusions. Reliance on race-disease association algorithms can limit the scope of
investigation and miss out on the patient’s complex story.

In academic training, race is learned as an independent risk factor for disease rather
than a mediator of structural inequalities3. In pre-clinical education, we learn that race is
relevant to treatment decisions and this generalized approach leads to a host of disparities. Meanwhile, ancestry is more specific than race and can lead to a productive analysis of biological factors. Collectively, advances in diagnostic technology with rigorous sciencebased applications, and omitting the race factor can mitigate the disparities that cause poor patient outcomes.

In recognizing that racial categories do not provide an accurate picture of human biological variation, a statement from the American Association of Physician Anthropologists (AAPA) on race and racism asserted that the belief in “races” as natural aspects of human biology, and the structures of inequality that emerge from such beliefs, are among the most damaging elements in the human experience both today and in the past8. Their statement underscores that race-based medicine should be seriously addressed by the professional societies that set practice standards.

References are published in CRO Journal.